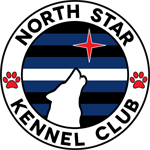 This policy provides a uniform means to resolve disputes involving:

By providing a uniform means of resolving disputes, the NSKC intends provide a safe space for members and guests of the Club, and to protect the individual rights of the parties involved in a dispute. It is not the intent of this policy to resolve interpersonal disputes between parties nor to replace or forego legal action by parties to a complaint.

This policy does not supersede the ability of a Board member or event host to reprimand or eject a member or guest from an NSKC-hosted or -sponsored event if cause is deemed sufficient at the time.

A complaint should be registered immediately after an offense.

A Lead Pack member or host shall refer a complaint made to them to a member of the Executive Committee within 24 hours of it being registered with them.

A complaint should be documented and include:

The Executive Committee will investigate complaints of rules violations to determine if a violation has occurred. The letter of the rule, as well as the intent of the rule will be considered. If a violation is found to have occurred, they will make a recommendation on how the violation should be handled.

A complainant may request a specific action as part of any reconciliation or the determination but may not demand it.

Defense of a Violation

The following are not defenses of rules or consent violations:

Anyone unable to maintain decision-making abilities during an NSKC function is expected to arrange for another member or guest to be responsible for their behavior.

All recommendations made by the Executive Committee are subject to review and approval by the Lead Pack at its next meeting. Such review will occur in Executive Session.

Recommendations and final actions will be presented to all parties in the complaint. Actions may be appealed. Appeals must be registered with a member of the Executive Committee within seven days of delivery of any final action. Votes on appeals will be held in Executive Session at the next Lead Pack meeting.